Richard Benson is an English author, journalist and critic. He grew up on a small farm in Yorkshire, was educated at Kings College, London, and began his professional writing career as a news reporter for the Beverley Guardian, a local newspaper, in 1989. In the 1990s he edited The Face magazine. In this period the magazine achieved record sales, won the International Magazine of the Year award, and promoted many of the emerging artists and cultural movements that became dominant in the late 1990s and 2000s. Writing and speaking about British society and popular culture in the media, he became known as one of Britains leading cultural commentators (The Guardian). His first experience in book publishing was as editor of Night Fever, a collection of writing about nightclubs and popular culture published by Ebury in 1998. In 2005 he published his memoir The Farm, an account of his family in the aftermath of the forced sale of their farm in 1999. The book, which blended fictional and non-fictional narrative techniques, was described by Ronald Blythe as one of the most remarkable farm books I have read an extraordinary mixture of hardness and tenderness, wit and slog, and quite original. It was shortlisted for The Guardian first-book award, chosen for Channel 4's Richard and Judys Book Club and as a Radio 4 Book of the Week, and became a number-one bestseller. Following The Farm he spent seven years researching and writing about a spiritualist miners wife and matriarch Winnie Hollingworth and four generations of her family. The book, The Valley, set the familys stories against the background of mining and Britains turbulent 20th century history. Rachel Cooke in The Observer said it was a masterpiece of empathy and good writing that made the reader feel he is holding not a book of social history but a fat and vivid novel. The Literary Review called it a landmark social history, and according to the Sunday Express it was an extraordinary book [that] combines the epic sweep of Gone With The Wind with the microscopic intensity of Tolstoy. The Valley was a Radio 4 Book of the Week, and was shortlisted for the Gordon Burn prize. Richard has also worked with archivists and researchers at companies including BMW, Motorola and Unilever, and since 2012 he has been working with the archives of Vauxhall Motors in Luton. He is currently working on the biography of a family of 19th-century British emigrants to the United States. He is a a contributing editor at Esquire and Hole & Corner magazines, and a contributor to The Guardian, Daily Telegraph London Evening Standard and Independent. As part of a collective of writers and researchers called Bug, he hosts regular talks exploring contemporary social an cultural issues. Richard lives in London with his wife and two daughters, and divides his working time between the city and Yorkshire. 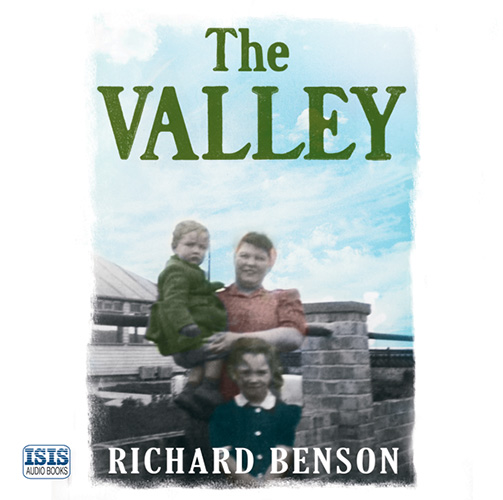